Jazzlines has had a long association with the CBSO Centre, the rehearsal space for the orchestra and a 310 capacity venue that works really well for contemporary jazz as well as other genres.  It was designed by the same architects as Symphony Hall and has an almost perfect acoustic for both small groups and big band jazz.

The Centre opened in 1997 and Jazzlines (in its previous incarnation as Birmingham Jazz) presented the first ever ticketed concert in the hall.  This was with the Uri Caine Band playing Uri’s arrangements of Mahler’s music as on the Primal Light album.  This was a brilliant concert memorable for the radical interpretations of Mahler’s music and for the fact it seemed nicely appropriate that we were presenting  that music  in the home of the orchestra that has championed Mahler’s music so extensively.

Since then Birmingham Jazz and Jazzlines has presented on average eight or nine concerts a year in the CBSO Centre.   It was absolutely the right venue for the tours that the much missed Contemporary Music Network (CMN) were running.  I particularly remember concerts with Myra Bobby Previte (23 Constellations of Joan Miro), Myra Melford,  Tim Berne, Sam Rivers.  Interestingly, these are all American names, but we were also able to present in the Centre the best of British jazz talent: Django Bates, Evan Parker, Andy Sheppard, Iain Ballamy and Birmingham based musicians such as Bryan Corbett, Steve Tromans and Sara Colman. 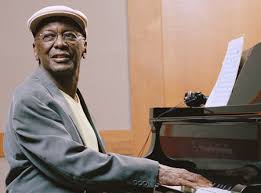 What was the most memorable gig in the CBSO Centre?  Without any doubt, it was with the American pianist/composer Andrew Hill who was touring UK with an Anglo American band on a CMN tour.  The concert started a little slowly, but suddenly burst into life  with a series of duets between American saxophonist Greg Tardy and British saxophonist Denys Baptiste which created an electric atmosphere.  I also remember great solos from trumpeter Byron Wallen and I often reminisce with Byron about that amazing night.

We have also presented a number of great big bands in the Centre.  Mike Gibbs brought his big band several times, and we had great concerts with Django Bates’ big band from the Rhythmic Music Conservatory, stoRMChaser,  and the Walsall Jazz Orchestra led by John Hughes.

Our next gig at the Centre features another great big band: the Whirlwind Recordings Jazz Orchestra led by Michael Janisch and featuring the Jensen Sisters: Ingrid on trumpet and Christine on saxophones.  This is on Saturday 16th November, 8pm, tickets at  https://www.thsh.co.uk/event/ingrid-christine-jensen-with-the-whirlwind-recordings-jazz-orchestra