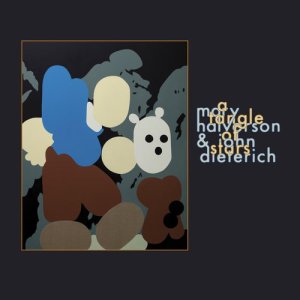 At the recent excellent Jazzlines concert with Mary Halvorson’s Code Girl at the CBSO Centre, Birmingham I was fortunate to obtain a copy of Mary’s forthcoming duo album with John Dieterich, the guitarist with the Deerhof band.  It’s essentially a set of guitar duos, but Dieterich does also play on drums and synths.  It’s a fascinating album the music of which goes in all sorts of tricky and quirky directions, and draws on many different styles.

The collaboration between these guitarists seems to be a natural outcome for two musicians whose music defies categorization.  Mary Halvorson in her Code Girl project draws on jazz, art rock and singer songwriter material; she says of her music ‘ So I think if it would have to be put in a category, I probably would consider it jazz. But at the same time that might not be true in ten years. I’m not interested in being a “jazz musician,” I’m just interested in doing whatever music I feel is relevant and exciting.’ (http://atlengthmag.com/music/electric-fruit/)   John Dietrich’s band Deerhof is also noted for a blurring of different genres, particularly post-punk, rock and improv.  One article (Portland Mercury, 2017, quoted in Wikipedia) describes their music as ‘experimental pop mired in a pure sense of adventure’  I have noticed that it is a band that many jazz followers seem to like. 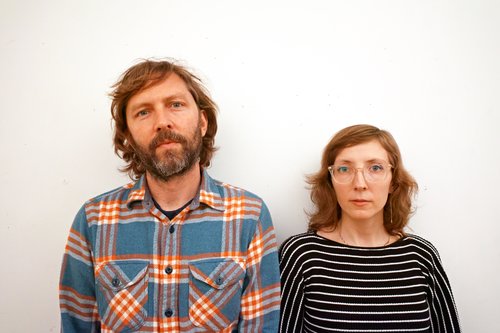 It also helps that Mary and John know each other quite well, and have a high respect for each other’s music.

The album is entitled Mary Halvorson & John Dieterich: A Tangle of Stars and it’s on the New Amsterdam label.  There are twelve tracks, five written by Mary and five by John, one jointly created and one very short opening track from the archive of John Donald Robb.  John’s tunes are quite rocky, often quite staccato in their lines. Some of Mary’s tunes have a rolling bouncy feel with the eclecticism we associate with her compositions, while others of hers have a more atmospheric sound culminating in the very complex, slightly weird Track 9 the handsome. I suspect that Track 11, better than the most amazing game, which is attributed to both players is totally improvised.  Throughout however, whatever the vibe of a particular track, something surprising always seems to happen to subvert the mood.

It is difficult to capture in words what is going on in the various tracks, but it is definitely an album to listen to in one straight through go, enjoying the way the mood changes from track to track. Some tracks are lively and upbeat, others are dark and brooding, all of them are highly rhythmic.  It is also difficult to work out when they are playing the composition and when they are improvising, always a good sign of good challenging music.  John Dieterich captures the essence of the music when he says ‘the album is tangled, full of little strange musical nooks and crannies that may or may not lead somewhere’. (https://www.tinymixtapes.com/news/mary-halvorson-and-john-dieterich-announce-new-collaborative-guitar-album).

The album is to be released on October 25th and will be launched at Roulette in Brooklyn New York on October 28th.